Delegation of the European Union to Kenya visits RCMRD

On March 4, 2021, RCMRD hosted a delegation from the European Union to Kenya. The EU mission led by Miss Myra Bernardi, the head of Agriculture, Job Creation and Resilience and accompanied by six Technical staff visited RCMRD to understand some of the work that RCMRD has been doing with the EU as well as explore future collaboration.

The RCRMD delegation was led by Remote Sensing Officer Mr. Degelo Sendabo who made introductory remarks about RCMRD. This was followed by a presentation by Ms. Phoebe Oduor who made an introductory presentation on the Centre giving examples of projects funded by EU including the GMES and Africa, BIOPAMA and OFESA. 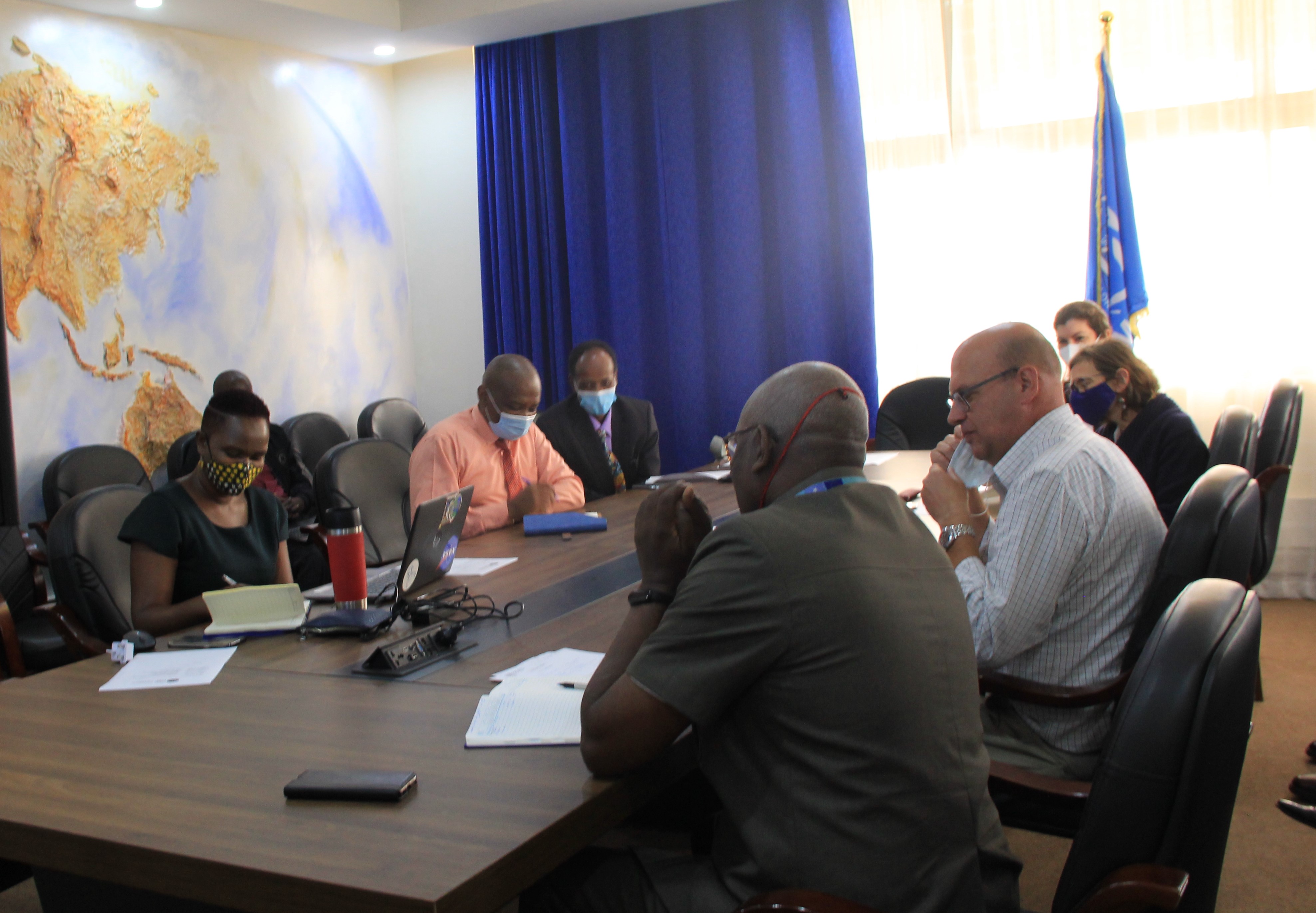 The delegation were brought up to speed on the actual status, successes, challenges as well as proposed way forward on the projects. The EU Delegation mission was impressed by the performance of the projects that are funded by the EU at RCMRD. 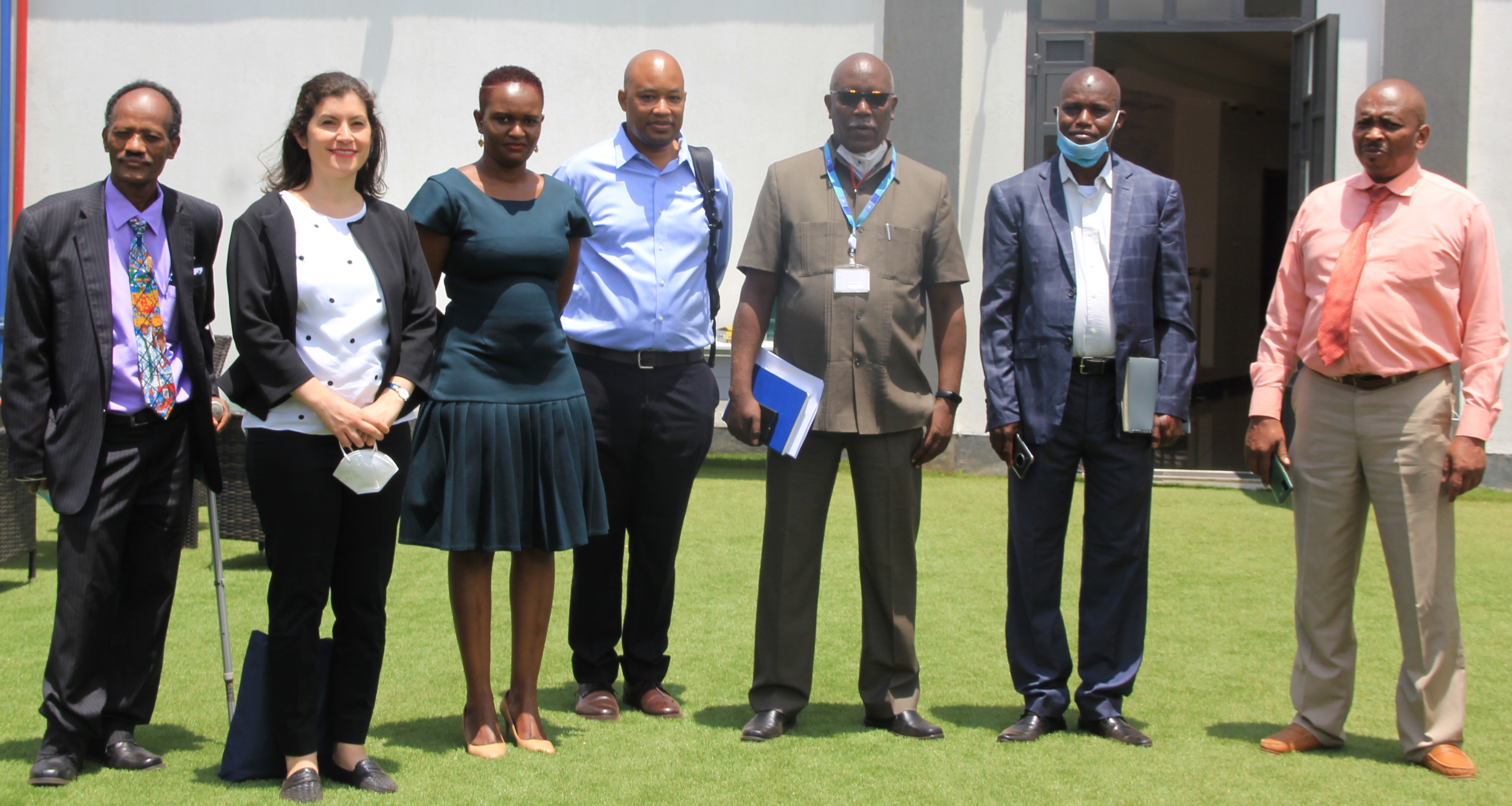