Tanzania's Deputy PS In The Ministry Of Lands Tours RCMRD

Mr. Mathias Bazirinkangu Kabunduguru, the Deputy Permanent Secretary in the Ministry of Lands, Housing and Human Settlements Developmentin Tanzania visited RCMRD on May 22, 2019. The Deputy PS was accompanied by Ms. Elizabeth Mrema an Assistant Director, Department of Lands MLHHSD, Tanzania. The Deputy Principal Secretary chaired a technical session where briefing was done on the background of the RCMRD, operations and activities of the various sections and activities that RCMRD has executed in Tanzania. He was updated on the establishment of RCMRD in 1975 as Centre of Excellence on Geo-Information and ICT by the African Union (AU) and United Nations Economic Commission for Africa (UNECA) and that presently there are 20 contracting member Countries in Eastern and Southern Africa Region.

Through the Lands Department RCMRD was asked to support/sensitize member States on the procurement function with the ministry to make technical decisions with regard to equipment/hardware/software acquisition. It was agreed that RCMRD should purpose to carry out needs assessment to identify gaps/wants of the ministry as well as departments within the ministry such as lands and planning and thus develop programmes to address these gaps. This should have internal introspection (Where are they?, what do they need? ) with main target as Mapping, Surveys and town planning department.

The technical session was followed by a tour of project rooms, laboratories and premises including the construction site. The DPS was shown how the photogrammetry lab functions. 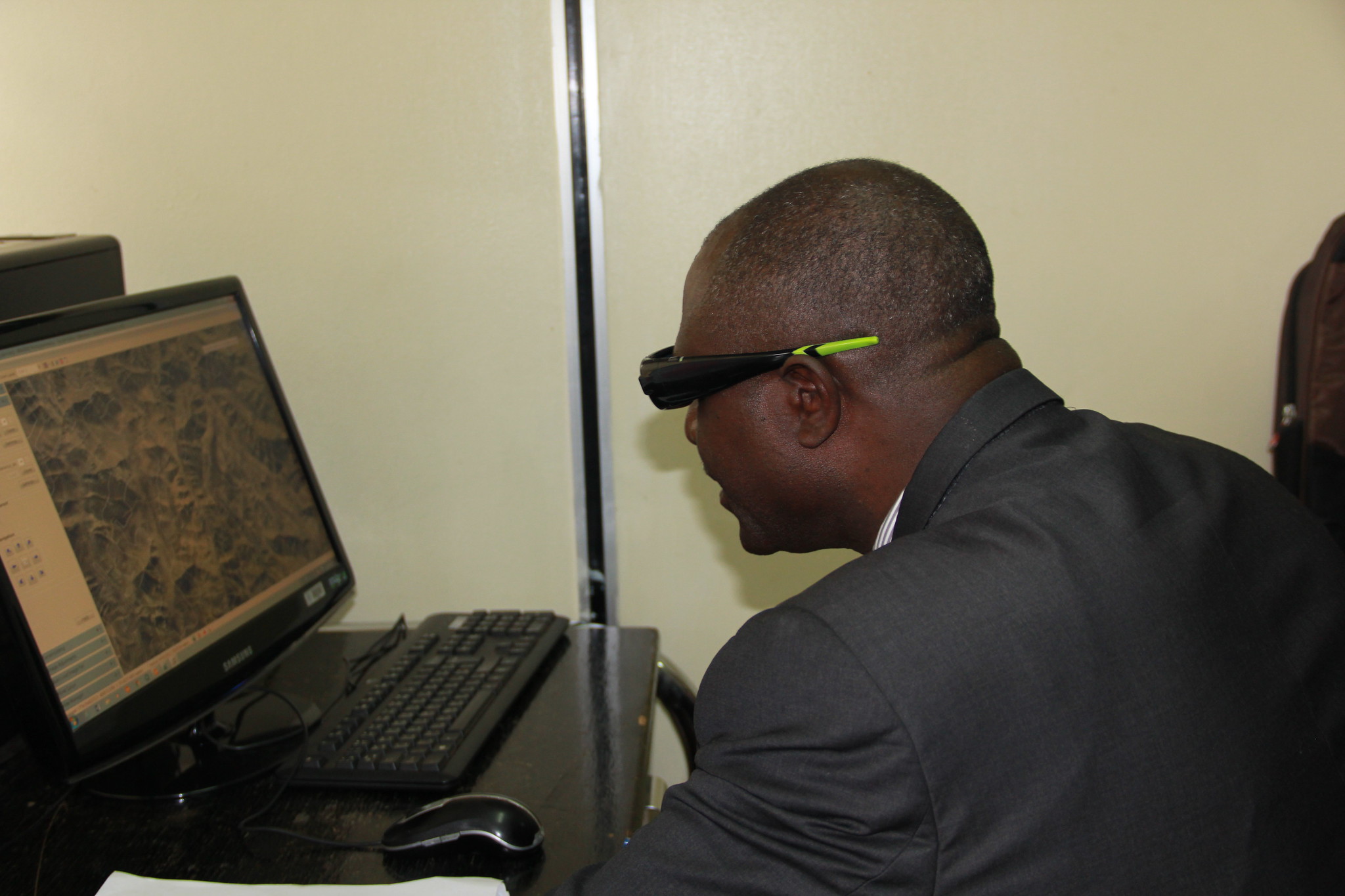 The DPS indicated his willingness to support initiatives geared to increasing the visibility of RCMRD in Tanzania across the thematic areas described. He also informed RCMRD's Management on the high-level government forum which happens weekly for PS & DPS executives chaired by the Chief Secretary. RCMRD Director General Dr. Emmanuel Nkurunziza and the Management team at RCMRD were invited to make presentation in Quarter 3 of 2019 on te following proposals to support Tanzania: Census Cartography Mapping, Crime Assessment & Geo-Policing, Health Availability Mapping, Upgrading Photogrammetry services of the Lands Department, Development of Web mapping portals and data/dissemination services, design testing and development of Land Management Systems.

It was agreed that RCMRD would provide tailor-made courses in all thematic areas, design and instal GEO-IT systems, conduct topographic Map Updating, develop and institutionalise geodetic reference systems and for RCMRD to develop a policy dossier for pitching in Tanzania. Other issues included challenges facing the centre including remittances of membership fees, high turnover in executive and senior staff in member State agencies, Increasing linkages with senior staff in members States line ministries, extending relationships with other ministries in member States governments which can benefit from services of the Centre  and identification of development agencies active in member States. 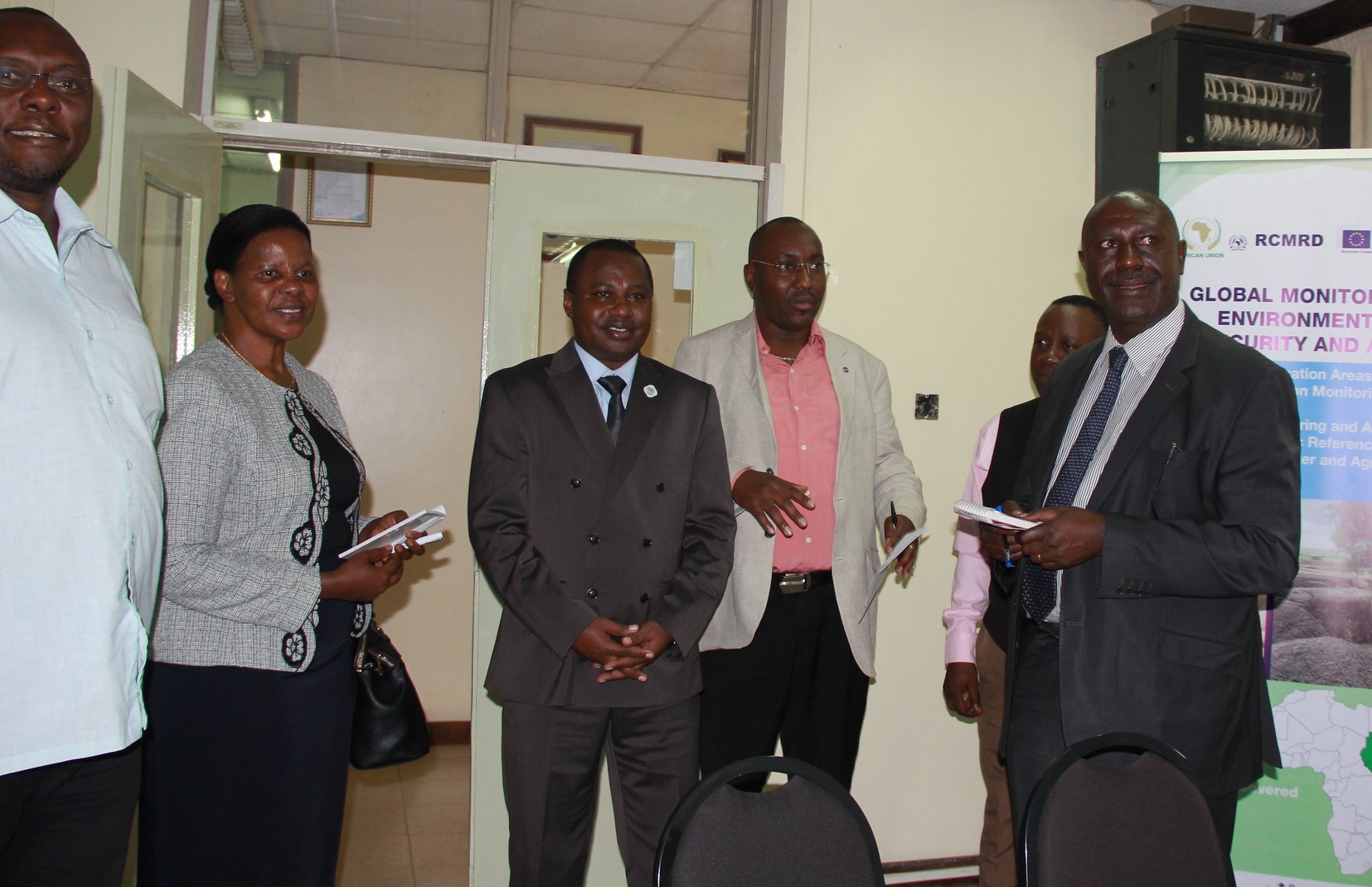