RCMRD Staffer David Sakwa among Over 200 awarded cash and trophies

RCMRD's Survey Assistant Mr. David Abwalaba Sakwa was among over 200 University of Nairobi students who received accolades for their exemplary performance. The University organized an annual prize giving day, where over 200 students were awarded cash awards, certificates, trophies and medals for their excellent academic achievements over the last three years. The ceremony was held in Taifa Hall, Main Campus on May, 10, 2019.

Sakwa received the African Urban Quarterly prize 2019. He got a prize of Kshs. 5,000 as the overall best final year student in the Department of Geography for the year 2016/2017. Speaking during the event, University of Nairobi Vice Chancellor, Prof. Peter Mbithi congratulated the students for their exemplary performance and urged them to come back for further studies promising to support them in their academic endevours. 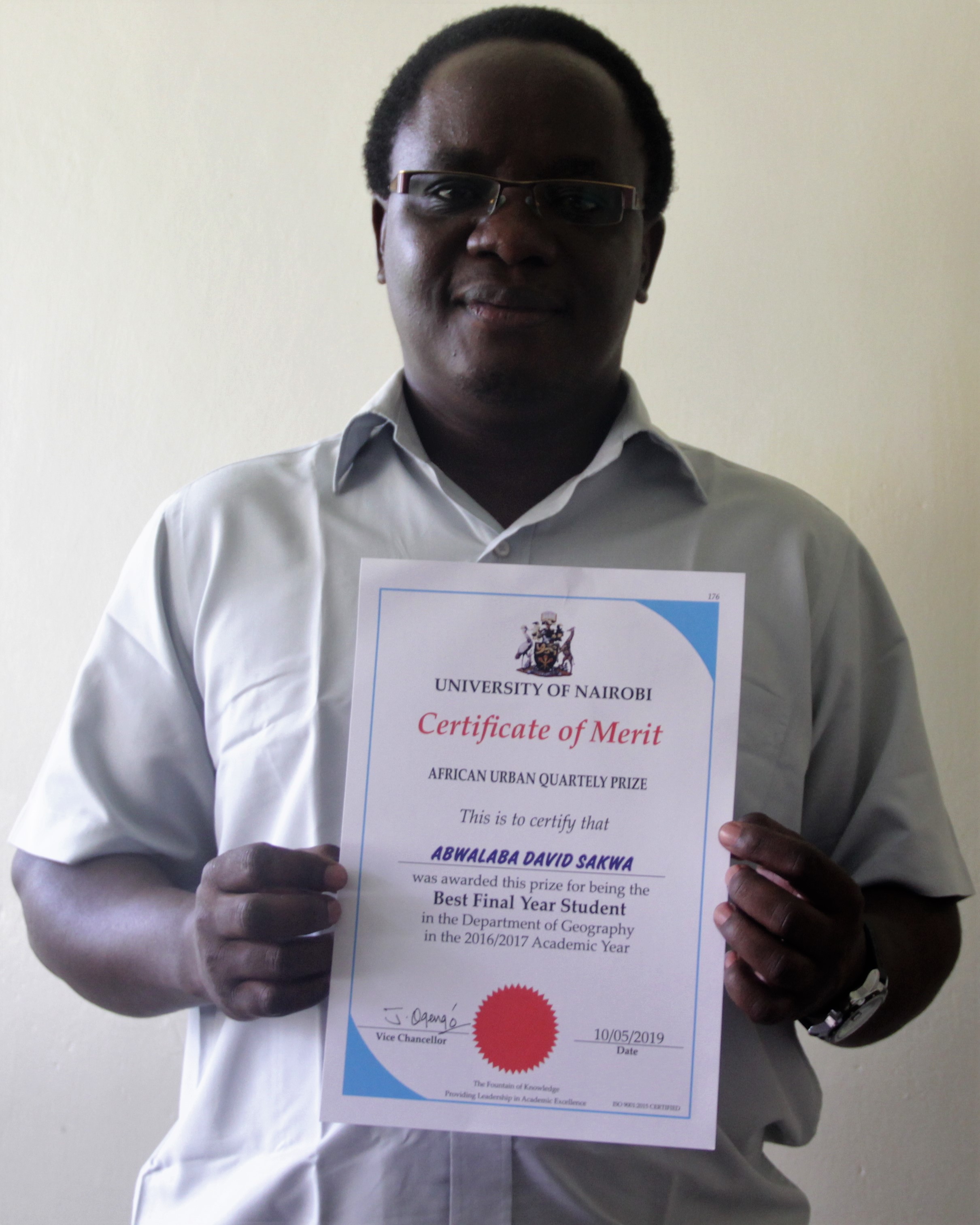 Prof. Mbithi noted that dreams don’t become a reality through magic, it takes sweat, determination and real hard work. “The mouth doesn’t eat if the feet doesn’t walk and if the hands doesn’t work. I congratulate you on your outstanding achievement. Ahead of you is the task of doing the utmost to keep the dream alive," he said. The Vice Chancellor, took the opportunity to thank staff members who generously contributed towards the prize giving day. He urged more staff members, parent and stakeholders to join the list of awards sponsors. “Charity begins at home. I challenge more staff members to donate towards prize giving and sponsor more prizes,” he said.

The RCMRD fraternity congratulates all for their exemplary performance and especially Mr. David Sakwa.