For these reasons, SERVIR-Eastern and Southern Africa developed a geoportal based on an open source Content Management System for GIS (GeoNode – http://geonode.org). The geoportal is intended to be used as a regional Spatial Data Infrastructure portal for Eastern and Southern Africa, serving all RCMRD member states. It will be linked to other regional and country GIS data portals to publicize it and enhance its usefulness within the region. 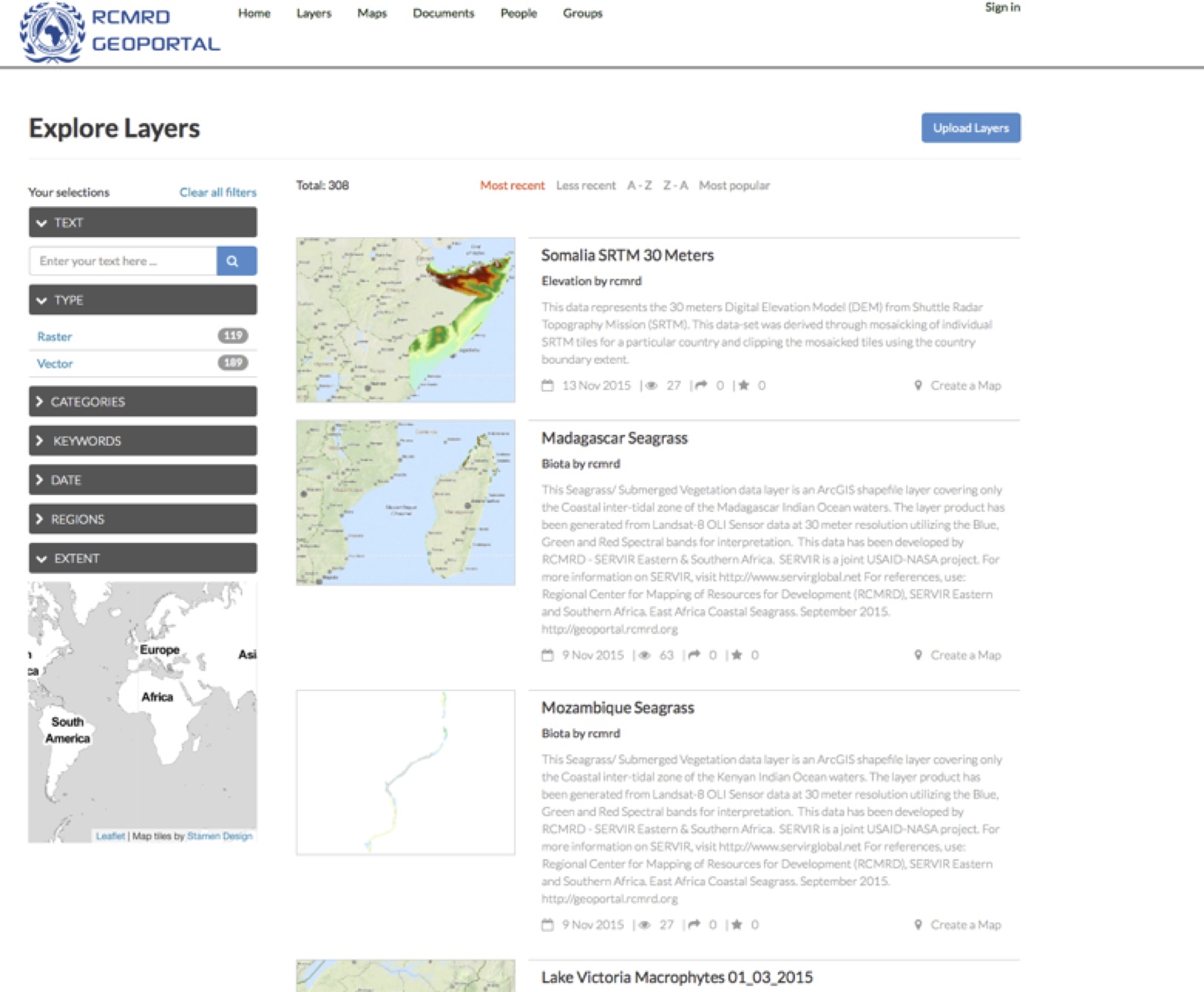 Example of datasets in RCMRD Geoportal

Since January 2015, the geoportal has received 3,138 users with an average of about 88% new users and 12.2% returning users. Some individual data sets, such as Nzoia Basin Flood Map 4.2m Depth, have been viewed over 200 times since their upload in 20 April 2015, while most land cover data sets have received about 100 views per data layer on average.