Land degradation is a process in which the value of the biophysical environment is affected by a combination of human-induced processes acting upon the land. It is viewed as any change or disturbance to the land perceived to be deleterious or undesirable. In the 21st Century this is considered to be an important topic due to the implications land degradation has upon agricultural productivity, the environment, and its effects on food security. It is estimated that up to 40% of the world's agricultural land is seriously degraded.

The United Nations Sustainable Development Goal 15 has a target to restore degraded land and soil and achieve a land degradation-neutral world by 2030. For this goal to be realized, the Africa Union together with European union is supporting the Global Monitoring for Environment and Security and Africa (GMES & Africa) Programme. RCMRD is implementing three key applications under the GMES & Africa i.e., Land Degradation Monitoring & Assessment, Wetlands Monitoring & Assessment and Open Geographical Regional Reference Vector Database for water and & agro-ecological zoning.

The Land Degradation Monitoring & Assessment applications aims at identifying severity of the erosion and identify potential users of the Land Degradation products within the participating members. The RCMRD Land Degradation is a mature product that has been evaluated over time and transitioned to a service. Between February 28 to March 13, 2021 RCMRD GIS Analyst David Ongo and Ethiopia Geospatial Information Institute (EGII) GIS Analyst Ziyen Achamyeleh conducted a monitoring campaign on the service.

Ethiopia is generally mountainous. The rugged and famous mountains rise to form the largest continuous highlands in Central and Northern Ethiopia and by extension in Africa. The location of the country along the equator and elevation has given Ethiopia heavy rains during the June to September seasons. 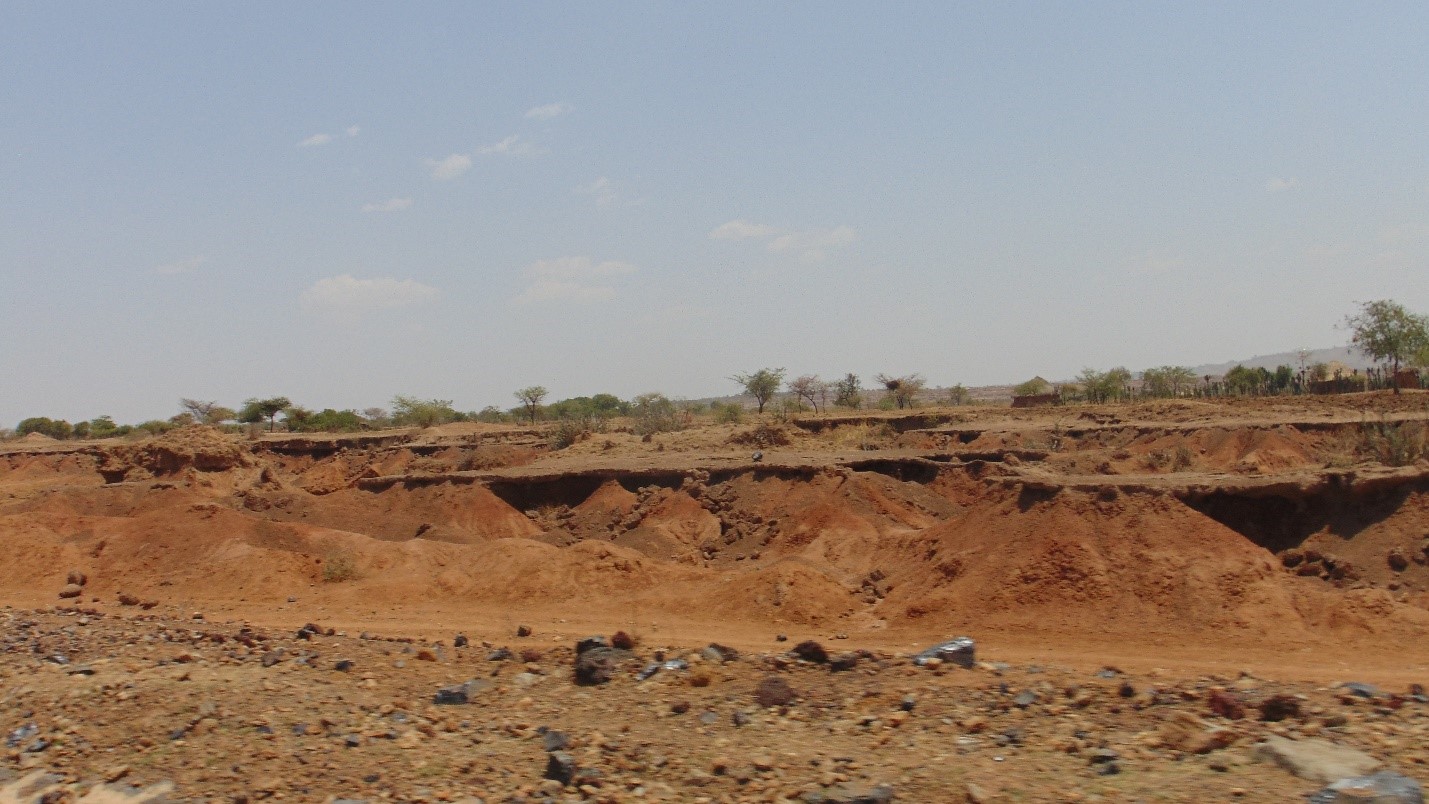 Land degradation is a slow ‘creeping’ and gradual process, the process takes a very long time before anyone notices. The impacts are always detrimental to the environment. Contrary to popular opinion that the Ethiopian Highlands have always been “like that”, the fieldwork revealed scars of long-time degradation, that has left the magnificent Ethiopian Highlands stripped off its top soil, leaving the area with poor vegetation. The steep slopes and heavy rainfall have made the Ethiopian highlands more susceptible to land degradation. Other factors that might have exacerbated the Land Degradation include excess harvesting of trees for traditional housing. 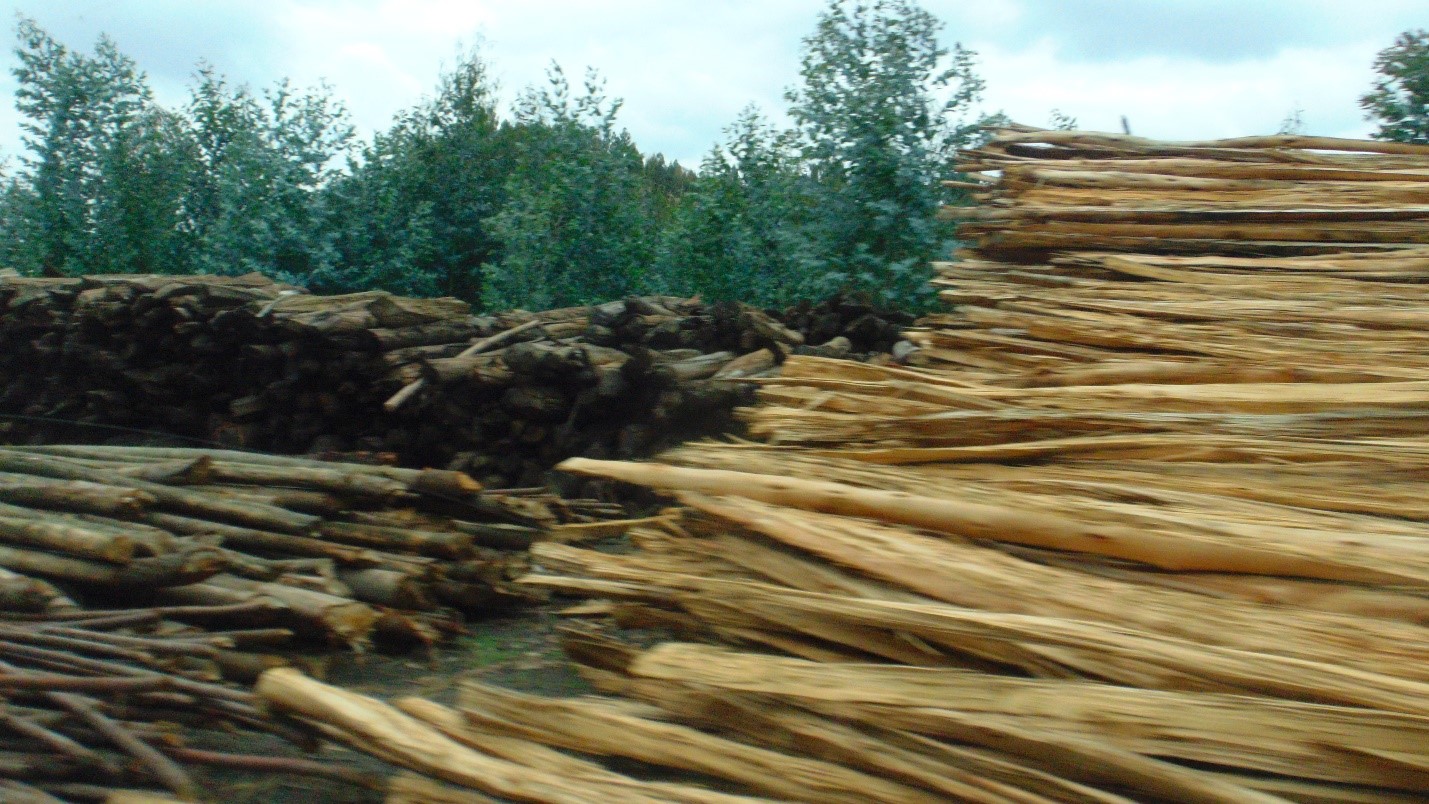 The harvested poles are also used in construction for structural support of skyscrapers in big cities like Addis Ababa, Bahir Dar, Mekelle and Hawassa. Agricultural activities on the hills have also contributed to the loosening of the top soil, in most of the areas visited, crop farming is done across the slopes through terracing however, without proper soil protection mechanism, degradation still occurs. In forested areas, land degradation is low, however, these are places where charcoal and pole harvesting are the most rampant. 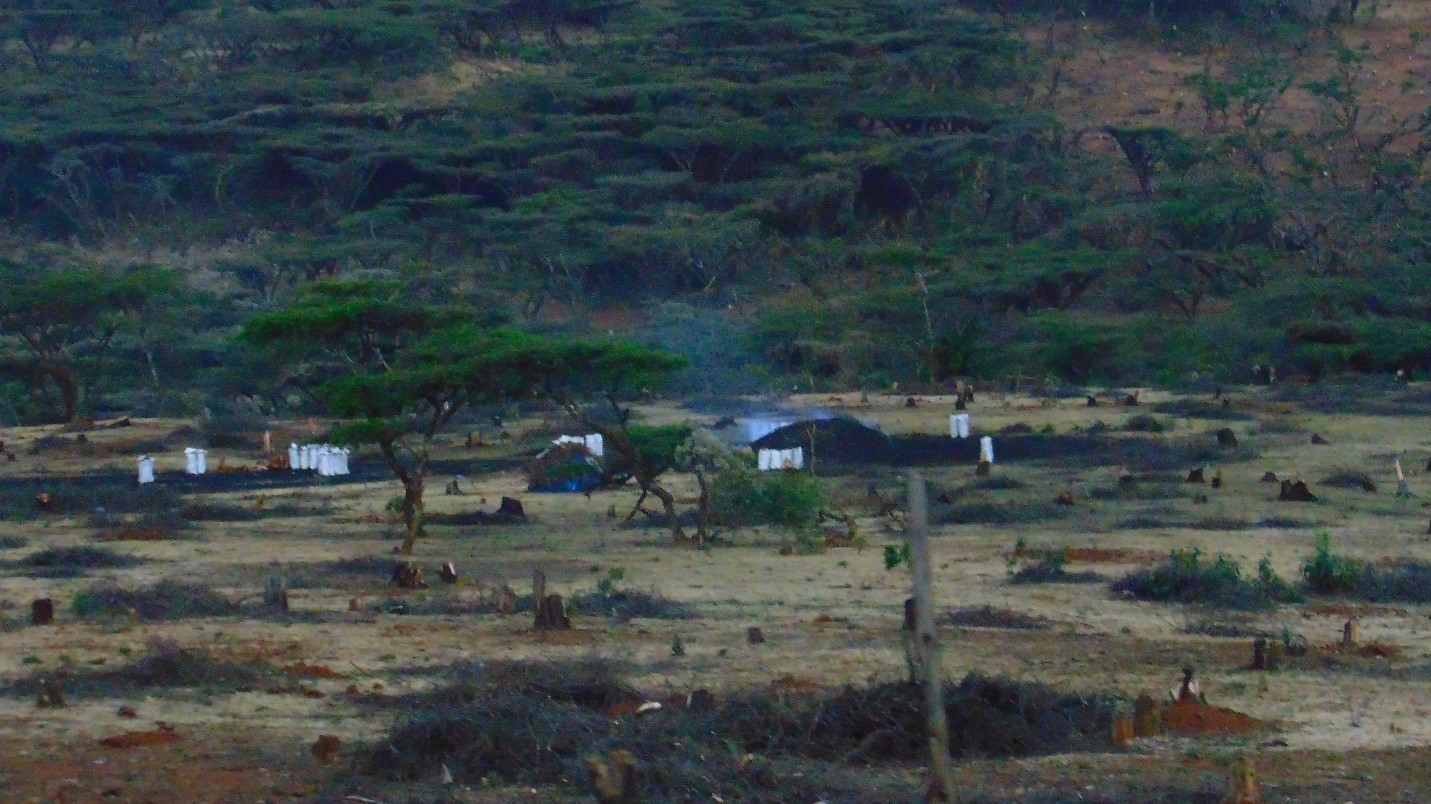 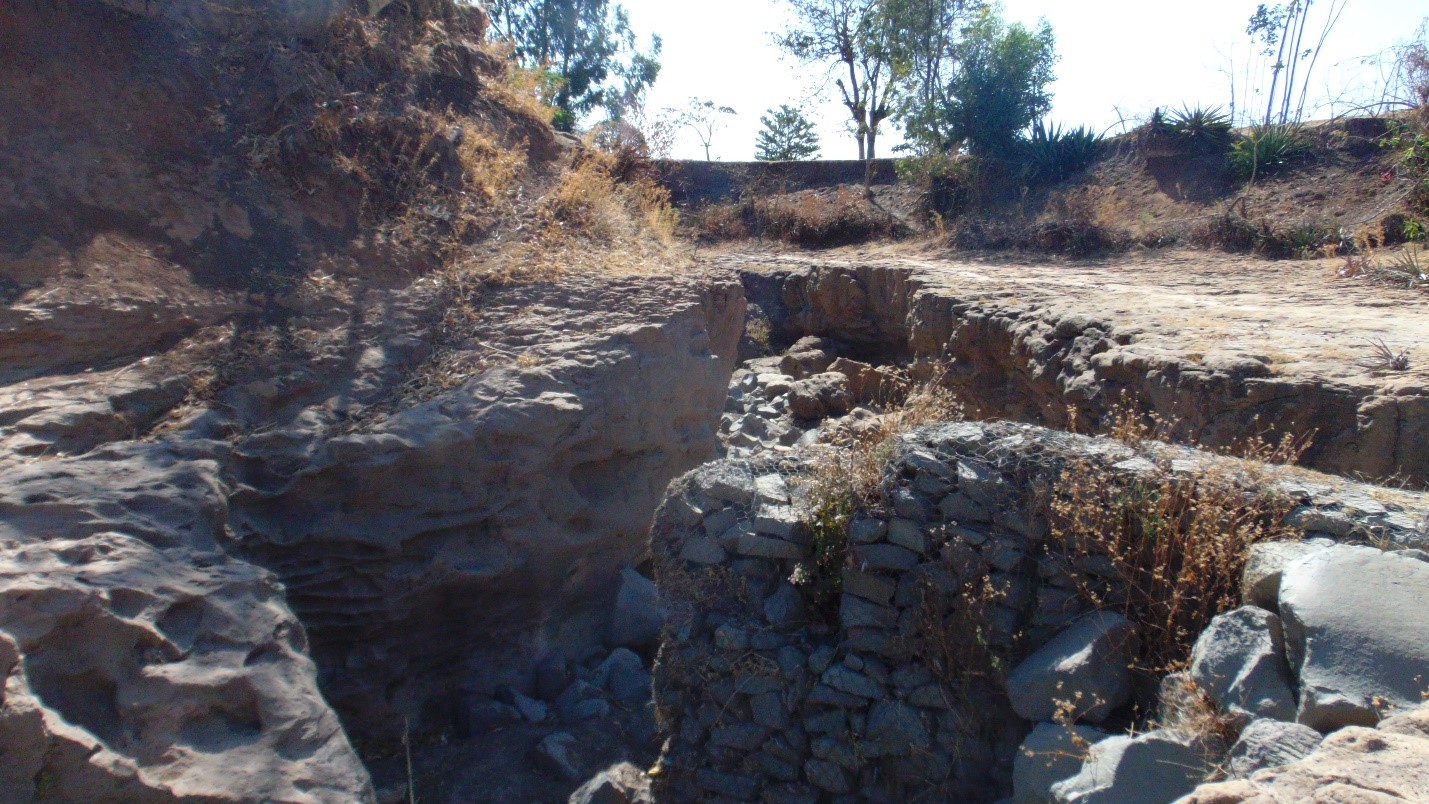 RCMRD was represented by GIS Analyst David Ongo who was accompanied by Ethiopia Geospatial Information Institute (EGII) GIS Analyst Ziyen Achamyeleh. The identified opportunities include training the staff of the Geospatial Information Institute on Land Degradation, work with National Forest Restoration program towards restoration and rehabilitation of the degraded lands  and showcasing the land degraded in support of prioritizing and targeted land rehabilitation.