Forests are vitally important for sustaining life on Earth. It is estimated that around 1.6 billion people - including more than 2,000 indigenous cultures - depend on forests for their livelihoods, medicine, fuel, food and shelter. The protection of world’s forests is crucial for achieving the Sustainable Development Goals SDGs (in particular SDGs 11 and 15) and is considered as one of the most cost-effective forms of climate action. The 2020 celebration of the International Day of Forests focused on Forests and Biodiversity.  The International Day of Forests is held annually on 21 March to raise awareness of the importance of forests to people and their vital role in poverty eradication, environmental sustainability and food security. Sustainable management of all types of forests are at the heart of unlocking challenges of conflict-affected, developing and developed countries, for the benefit of current and future generations.

As RCMRD, we have two projects dealing with the issues of forests and biodiversity. Under the SERVIR Eastern and Southern Africa Project and the Global Monitoring for Environment and Security and Africa (GMES and Africa) Project. In the GMESand AFrica Project, we are working on the Land degradation application where we are developing an operational information service to support policy and decision making at regional and national level towards improved food security; integrated water resource management and informed drought management initiatives. The land degradation service generates evidence based decision support tools in form of maps and bulletins. Specifically LD Service aims at assessing the extent and severity of land degradation at regional level, national level and localized hotspots using earth observation technology. It also builds technical capacity of national institutions and relevant stakeholders to generate monitoring service for land degradation and raising awareness of land degradation interconnected issues with policy and decision makers towards land degradation neutrality or restoration. This will be achieved through consolidation, strengthening, enhancement and further development of operational information service. 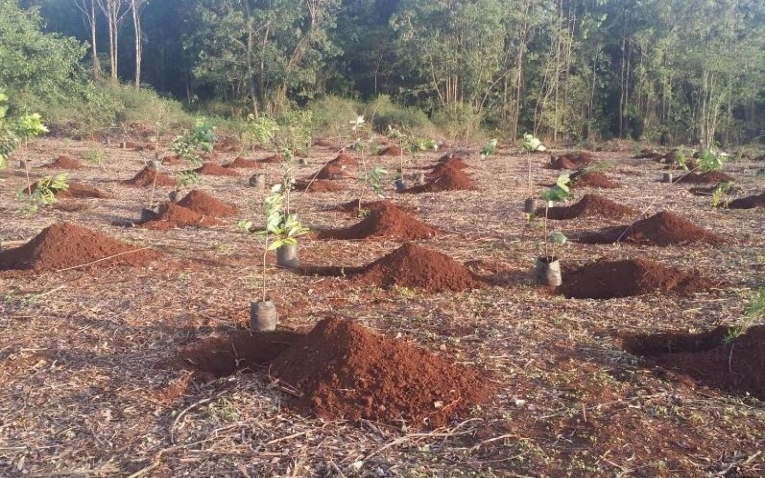 Under the SERVIR-E&SA project, we have the Land Use Land Cover and Change Mapping Service whose main objective is to develop and build capacity of institutions to develop periodic land use, land cover/feature and change maps that can effectively be utilized to influence policy decisions, or that can be integrated with other datasets in models to generate information that can inform better monitoring and management of land resources. We also have the Mapping and Modeling of Invasive Plant Species (Ecological Modeling Service) in which we are mapping and predicting the distribution of invasive species which is central in controlling their spread and mitigating the impact of biological invasions.

Forests are home to about 80% of the world’s terrestrial biodiversity which includes unique combinations of trees, animals, fungi, insects and people. Their produce has fed as well as has healed humans for centuries. Over the years we’ve taken and taken from the environment, forests in particular. Forests have been a reservoir of food for us.  Forests protect watersheds, which supply 75% of freshwater worldwide. Wood from forests is a global renewable energy source. They are our protective shield from the dangers of pollution. Around 2 billion tons of carbon dioxide is absorbed by forests every year. Besides providing food, shelter, protection and resources, forests hold space for relaxation and amusement. The United Nations General Assembly declared 21 March as the International Day of Forests in 2012. The organizers are the United Nations Forum on Forests and the Food and Agriculture Organization of the United Nations (FAO) and the Collaborative Partnership on Forests (CPF), in collaboration with governments.  The International Day of Forest theme for 2020 is “Forests and Biodiversity.” The theme for each International Day of Forests (IDF) is chosen by the CPF. This day raises awareness of the importance of all types of forests and also, the significant achievements are awarded. Research statistics done by the UN show that each year over 10 million hectares of forest are lost which leads to loss of plants and animal species. Forests, their sustainable management and use of resources, including in fragile ecosystems, are key to combating climate change, and to contributing to the prosperity and well-being of current and future generations. Forests also play a crucial role in poverty alleviation and in the achievement of the Sustainable Development Goals (SDGs).