The GMES and Africa programme management unit (PMU) led by Dr. Tidiane Ouattara the GMES & Africa Coordinator visited the Regional Centre for Mapping of Resources for Development (RCMRD) team on a monitoring mission. The visit took place on July 18 and 19, 2019. In his welcoming remarks, Mr. Paul Idude the Director of Common Services speaking on behalf of RCMRD Director General Dr. Emmanuel Nkurunziza thanked the GMES PMU team for visiting RCMRD and promised them maximum cooperation so as to meet their objectives. He invited them to seek any clarification that they needed from the DG's office. He further adviced the RCMRD staff to take note of any advice or suggestions that might be given by the PMU to improve on the deliverables.

Addressing the meeting Dr. Ouattara said the purpose of the PMU visit was to monitor  the technical progress of the GMES & Africa as agreed in the contract signed with RCMRD. He added that GMES and AFrica Support Programme is managed on daily basis by a programme management unit (PMU) located within the African Union Commission (AUC) Headquarters in Addis-Ababa, Ethiopia. The PMU is supported by a Technical Assistance Team (TAT). Additional support is provided by the European Joint Research Centre and EUMETSAT. Dr. Ouattara informed the meeting that his team was keen on identifying any challenges that the RCMRD consortia might be experiencing so as to assess how the PMU technical support team could assist. He further encouraged RCMRD consortia to take advantage of the support provided by the JRC on specific technical gaps that the Consortia may be in need of filling. He reported that the GMES &Africa program have an agreement with JRC on technical support and that the request should be channeled through the GMES &Africa coordination office. Dr. Ouattara was accompanied by Hamdi Kacem the Water and Natural Resource Management, Africa Lead and Mr. Jean Claude Manzi. 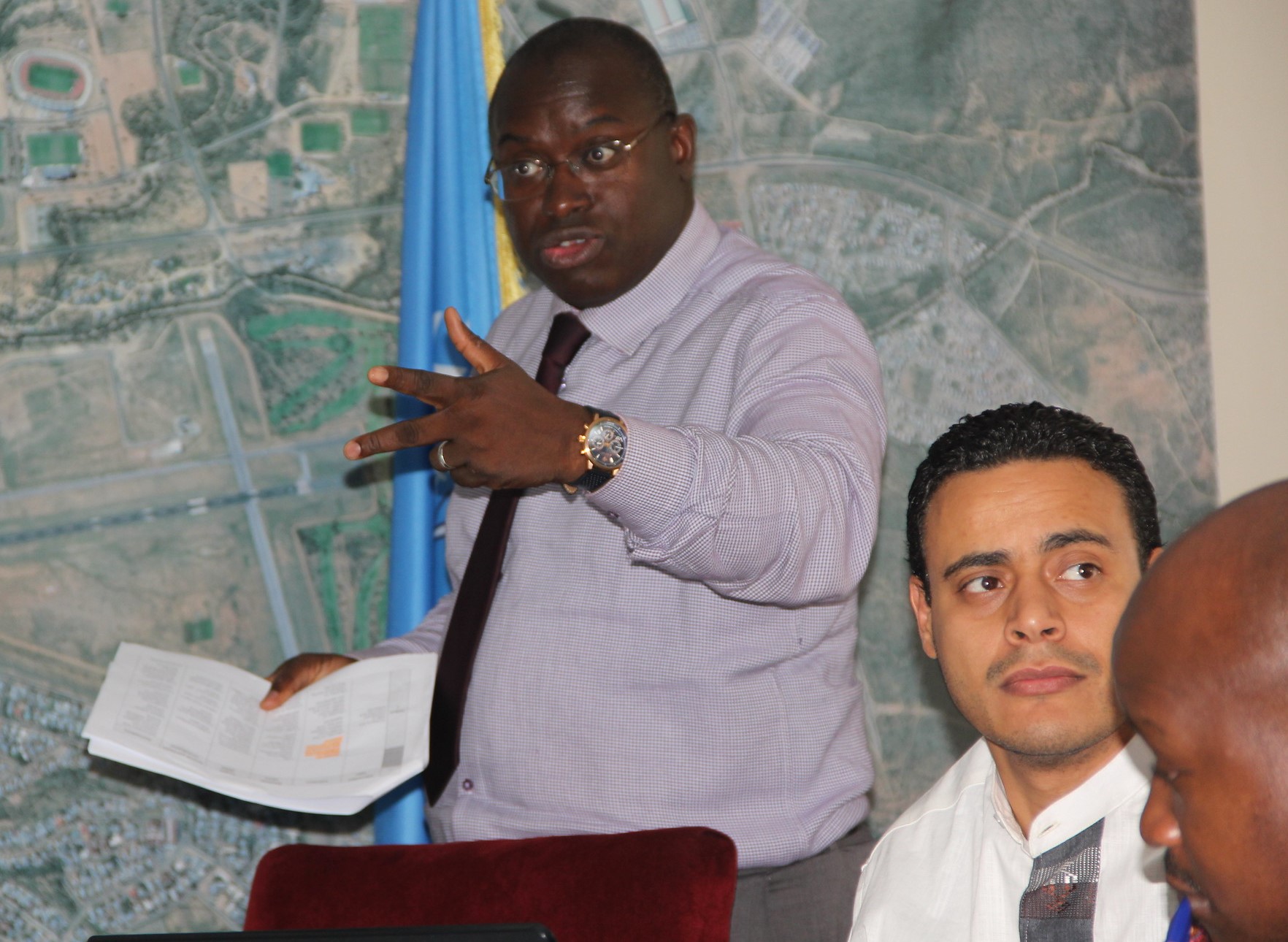 RCMRD is among 13 consortia of institutions that serve as Regional Implementing Centres for the Global Monitoring for Environment and Security and Africa (GMES and Africa) Support Programme. RCMRD as a RIC in implementing the three applications: Land Degradation Monitoring & Assessment; Wetlands Monitoring & Assessment and Open Geographical Regional Reference Vector Database for water and & agro-ecological zoning. In wrapping up the two day monitoring visit on July , the PMU promised to continuously support RCMRD in its endeavor to implement the GMES & Africa Program and encouraged RCMRD to work hard and meet all its targets. The PMU reiterated the need to speed up involvement of the Private sector, finish up with the Geoportal and support for the student sponsorship program. RCMRD was further advised to organize its training in a way that they will address the set indicators.